As stated in our Mission Statement, our ministry is in the strengthening and establishment of Churches after the New Testament pattern. This can only be accomplished by the generosity of donors both at the meetings and in our sister congregations. There are a number of ways for individuals to help support the mission:

One special way of donating to Men for Christ is by pledging to be an Ambassador. An Ambassador is an individual who donates monthly, anywhere from $10, $20, $30, $50 or more. With the help of generous individuals and local congregations, we can continue the wonderful work of spreading the Gospel message across the state by planting and supporting congregations.

Owensboro Christian Church was established in 1953 and was the first “new church” aided by Men for Christ. They soon became self-supporting.

Magnolia Street Christian Church in Harrodsburg was established in 1952. In 1956 Men For Christ began giving aid and by 1958 the building was dedicated and the congregation was self-supporting.

Southern Heights Christian Church in Somerset began meeting in September, 1974 at the YMCA. The building was started in the fall of 1976 and occupied in June, 1977.

West Side Christian Church in Liberty came into existence in 1959 meeting in the local high school. In the same year land was purchased, a basement constructed, and in 1963 the main structure was completed.

Mannsville Christian Church was established in 1958. Men for Christ gave aid in its infant years until the congregation became self-supporting. 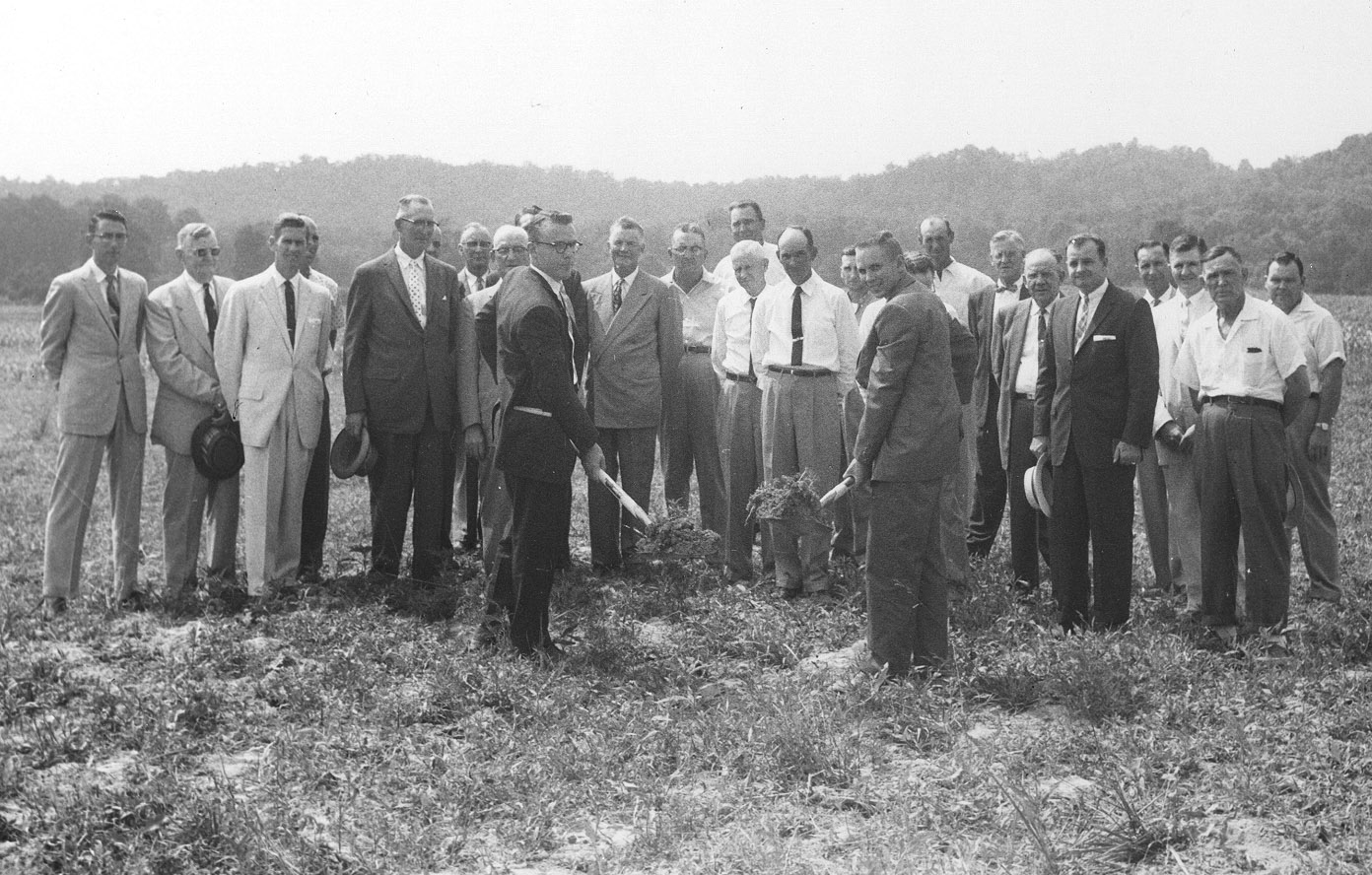 Community Christian Church in London was organized in 1969. A building was erected and dedicated in 1974.

Greensburg Christian Church was established in 1959 and met for fourteen months in a rented residence.

Bowling Green Christian Church came into existence in 1962, but it was 1963 before Men for Christ was able to provide financial assistance.

Glenview Christian Church in Glasgow began in 1968. They met in a store-front until December 1973 when they occupied their sanctuary.

Lebanon Christian Church was planted in 1977 with Bro. Claude Waldridge as minister.

Life Bridge Christian Church in Louisville was partially funded by Men for Christ, and is succeeding in its outreach efforts. Services began for this new plant on March 27, 2005 after months of a small group Bible study. More than 100 attended the first service. David Cordrey was the church planter for this new congregation that meets adjacent to the campus of Louisville Bible College.

Russellville Christian Church is located in Logan County, which boasts a population of over 27,000. This new congregation held their first services on November 6, 2005. Brent Crabtree, a graduate of the Master’s program at Johnson Bible College, directed this planting.

In 2009, the leadership of North Bullitt Christian Church had a vision of planting a new congregation in Shepherdsville. A number of members expressed a willingness to serve as a core group for the new work. The Salt River Men’s Fellowship and Men for Christ signed on as supporting partners.
Bro. Jeremy Willis was hired and was on the field June 1, 2010. Under the leadership of Bro. Jeremy, Journey Christian Church launched on October 10, 2010, meeting in the Shepherdsville Elementary School. The congregation has continued to grow not only in numbers but also in their participation in community activities. Although the school served well as a meeting place, it was time to move. The congregation held their first service in their new location at 416 South Buckman Street in Shepherdsville on Sunday, December 22. There were 189 in attendance–a new record for the young congregation!

Men for Christ has been involved both in prayer support and financial support since 2010 and recently contributed $30,000 to assist with the expenses of preparing the new home. We pray for their continued growth and efforts to lead people closer to Christ.
UPDATE ON JOURNEY CHRISTIAN
All building renovations are complete. Since moving into the new space, attendance has been running a little over 400 with attendance of 440 on February 7, 2016. The congregation is appreciative of the assistance provided by Men for Christ.

AUGUST, 2016 UPDATE
Journey Christian received a Votaw Loan from Men for Christ and will purchase the building which has been their home. EASTER SUNDAY, 2017: MORE THAN 1,000 WERE IN ATTENDANCE.
FUTURE UPDATES WILL APPEAR IN THE NEWS SECTION